Exhibits of the Novosibirsk Museum. The coffin of merchant Gorokhov One of the most interesting exhibits of the Museum of Funeral Culture is the  zinc coffin of merchant Gorokhov, in which this remarkable man was buried in the town of Berdsk near Novosibirsk back in 1907. Standing by this exhibit in the hall of the Museum, guests can feel the breath of the winds of history… Museums guides tell the details of the story duirng museum tours, we want to share a few historical facts.

In the first half of the XIX century, a young merchant Vladimir Gorokhov bought a small mill in Berdsk sold by the widow of the deceased merchant Vasilyeva. Gorokhov was full of enthusiasm and with all the fervor began to equip the mill. Looking ahead we can say that his enthusiasm has given fruit – in the beginning of XX century, his company became the second largest in the Tomsk province – mill produced excellent flour receiving  awards even at international exhibitions. Over the years of his life in Berdsk, Vladimir became a very respectful person in town, he cared not only about the town, but also for the welfare of its citizens. He founded free school for young people, free library, which was managed by his wife, Gorokhov invested hiw own money in the construction and equipping of the church (according to some sources, he even invited Italian architects for decorations). Also, children’s colony was founded, where the children of the mill workers were fed, they were engaged in physical development and have been taught to read.

However, in 1907  life of this man interrupted – during a business trip to Moscow, Vladimir Gorokhov died. Merchant was buried with military honors at the Vagankovo cemetery. But when some time later, his testament was revealed, it became known that the merchant asked to be buried in his favorite town, where he spent more than 35 years of life – Berdsk. The will of the deceased has been fulfilled, and in the same 1907 he was reburied in Berd ground. He was buried in Dutch zinc sarcophagus that now stands at the Novosibirsk Museum of Funeral Culture. And  in 2008, during a large release of water from the Ob reservoir, in some places the bottom of Berd bared. the media, archaeologists and representatives of Ministry of Emergency Situations arrived to place with expedition. They found many interesting artifacts – the foundation of that church, which was built thanks to Gorokhov, the remnants of commercial stalls, old Berdsk street, and the cemetery plot. And the only remaining tomb found here  has been preserved thanks to the massive stone monument. The fragment of a marble slab was inscripted – the grave belonged to Gorokhov Vladimir ! Tomb was cleared and the coffin removed, containing  the remains the merchant. After some time the remains of Berdsk’s patron were buried for the third time after church funeral cervice – in the temple in Berdsk. Berdsk local historic museum deposited the zink casket in the Museum of Funeral Culture, where it can be seen today. 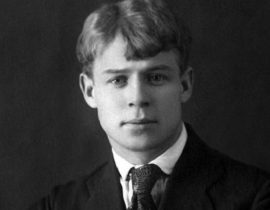 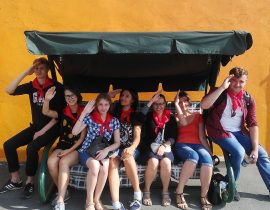