Why do we bury our dead six feet under? | Музей Мировой Погребальной Культуры

Why do we bury our dead six feet under?

There is no minimum safe depth at which a body must be interred. The depth of an in-ground burial can vary from 1.5 to 12 feet, sometimes even deeper. Individual jurisdictions specify their own minimum depths, but most are nowhere near six feet.

The origin of the idiom “Six feet under”.

It was during the Great Plague of London in 1665 that the origin of the idiom “six feet under” came to be. With 20 percent of London’s population succumbing to the Bubonic plague, the death rate had reached over 8,000 per week. The disease continued to sweep the country due in part to the shallow graves that bodies were buried in, or so they believed at the time.

In an effort to limit the outbreak, The Lord Mayor of London enacted a series of rules in regard to the plague, which included a mandate that all graves be buried a minimum of six feet deep.

Six feet under was not the solution.

Scientifically, this “solution” to bury bodies six feet under was ineffective in reducing the transfer of the plague. It wasn’t the dead bodies that spread the plague to the living, but rather infected fleas that would carry the plague from person to person. In fact, very few diseases are contracted from contact with dead bodies to this day.

The law fell into disuse for a time.

The law was eventually overturned in England and its colonies, but this didn’t last long. By the 19th century medical science had seen a huge increase in the use of human cadavers for teaching purposes. While most bodies used were executed criminals, the indigent or donated bodies, the increasing demand led to a shortage of corpses. This demand created a new type of criminal, the Resurrectionists; criminals who stole corpses, also known as “body snatching.”

Grave robbing became a very profitable business. Some grave robbers were able to dig up four corpses per night in less than two hours to sell to the medical colleges. They could perform this task so quickly because during this period many bodies were buried only six inches below the surface. As the fear of being exhumed and displayed in an anatomical theatre for dissection haunted the aristocracy, the law reverted to the old standard of being buried six feet deep.

There is no law requiring a six feet deep grave.

Modern American burial laws vary from state to state, with many states requiring just a minimum of 18 inches of soil on top of the casket or burial vault. Given an 18-inch dirt buffer and the height of the average casket, a grave as shallow as four feet would be sufficient, but old habits die hard and six feet deep is now standard. 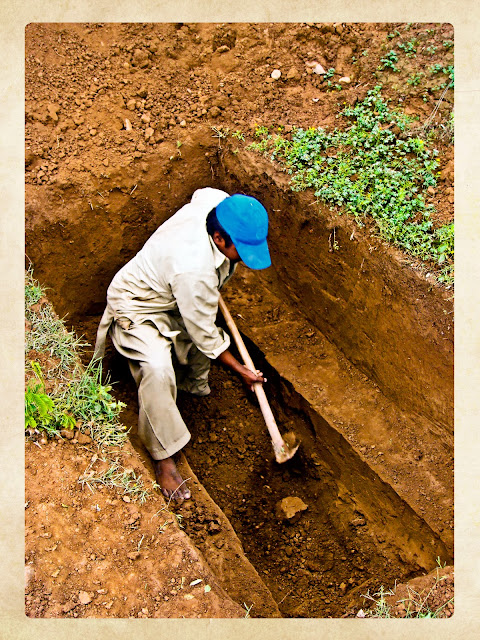 There are exceptions however. In low-lying wetland areas like New Orleans, or the Caribbean a grave dug six feet deep would just fill with water. In the early days in New Orleans, funeral directors would try to keep the dead safely in the ground by weighing caskets down with rocks. In spite of their efforts, the airtight caskets would sometimes come popping up out of the soil. In modern days, above-ground interment in vaults and mausoleums is becoming increasingly popular.

We hope that this bit of trivia explains the origin of the phrase “six feet under”. 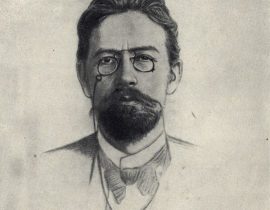