The goals of embalming are to sanitize, preserve, and restore a corpse for transport or display.  Although attempts to preserve bodies with embalming techniques began in antiquity, the American Civil War era and last quarter of the 19th century showed dramatic advancements in embalming processes, instruments, chemicals, and education.  The demand for corpse-preservation during the Civil War stemmed from families’ desires for the return of the bodies of deceased soldiers.  Chemical advances, such as the 1890s adoption of formaldehyde (to replace arsenic-based fluid), further improved the process.

The embalmer drains the blood from the circulatory system, removes gases and fluids from body cavities and soft organs, and replaces the fluids with disinfecting and preserving chemicals.  To perform these tasks, the embalmer identifies a corresponding artery and vein, makes incisions, and raises them with an aneurism hook or needle.  An arterial tube directs embalming fluid into the artery.  The injection of the fluid displaces the blood and a drain tube facilitates the ejection of blood from the vein.

The fluids or gases in body cavities and organs are removed by means of an aspirator and a hollow, pointed tube called a trocar.  Suction and pressure for the above procedures is provided by hand-operated bulb syringes or vacuum pumps.  The man in the image to the left operates a vacuum pump for arterial injection.
Waxes for reconstruction, grooming equipment (such as brushes, powders, and paints), shaving equipment, and instruments for “setting the features” (such as closing the mouth and eyes) are also components of the embalmers’ supplies.

J. H. Clarke, Clarke’s Text-Book on Embalming, Illustrating and Describing the Anatomy of the Human Body, Springfield, Ohio: 1888.
As embalming gained stature in the 1870s, textbooks began to appear on the market. The first embalming textbook published in the United States was Auguste Renouard’s The Undertaker’s Manual (1878). Within the next ten years, the business-savvy proprietor of Clarke Chemical Works (manufacturers of embalming and disinfectant fluid) published two editions of another manual on the subject.

The Embalmers’ Monthly, vol. 12, no. 1, Chicago: 1899.
Schools for embalming and other aspects of funeral service developed in the early 1880s, driven by professional societies of undertakers and embalmers. Professional magazines, such as The Casket, Sunnyside, and The Embalmers’ Monthly advertised educational opportunities and equipment for sale, and provided practitioners with news respecting the industry.

[Unidentified man on a cooling table], silver gelatin print: ca. 1900s-1910s.
Although embalming parlors existed in the 19th century, the majority of postmortem work took place at the residence of the deceased. An embalmer needed portable tools and equipment. “Cooling tables” were folding, portable tables on which the embalmer could prepare corpses for viewing. Despite their name, many cooling tables did not have refrigeration features. Following the procedure, the embalmer could clean up the floor, cover the table with an accompanying fitted drape, and rest the head on a matching pillow. In this way, the portable embalming table could also be used as an elegant viewing table. Mark A. Anderson Collection of Post-Mortem Photography.

The following embalming and cosmetic instruments belonged to Lowell M. Clapp, Kalkaska, Michigan, undertaker from 1907 to 1935. Loan from the Collection of embalmer David E. Wolfe, courtesy of Mr. Wolfe.

Mouth Clamp and Glass Syringe: ca. 1900s-1930s.
Before arterial or cavity embalming takes place, the mandible (jaw) is secured shut. The tool on the right closes the mouth using a screw mechanism. The clamp may remain in place until after embalming – or, with the injection of a stiffening agent into the muscles of the jaw, it may be removed beforehand.

Drain Tubes (closed and open): ca. 1900s-1930s.
Inserted into veins to drain blood from the body. The push-pull rod is one mechanism used to break up and remove blood clots.

Trocar: ca. 1900s-1930s.
For penetrating and removing fluids from the thoracic, abdominal, and pelvic cavities.

Metal and Rubber Manual Vacuum Pumps: ca. 1900s-1930s.
Provides suction and pressure to assist with the movement of fluids.

Curling Iron: ca. 1900s-1930s.
For styling hair; the handles of this iron fold outward so that it will rest on the edges of an oil lamp.

Razors and Whetstone (sharpening stone): ca. 1900s-1930s.
For shaving; Gillette’s safety razors entered the market in the earliest years of the 20th century. 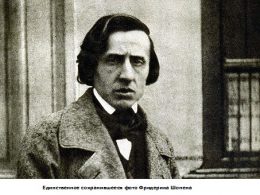 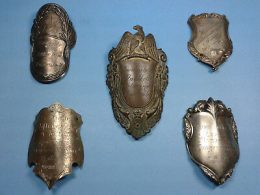